This Guide was created to assist W&L law students in preparing for the bar exam.

For additional information on print and electronic resources available to you and the information on this Guide, please contact a librarian at LawRef@wlu.edu.

Looking for a Notary?

In the Law School:

Other Notaries on W&L's campus are listed online.

The Uniform Bar Examination (UBE) is coordinated by the NCBE and is composed of the MEE, two MPT tasks, and the MBE. It is uniformly administered, graded, and scored and results in a portable score that can be transferred to other UBE jurisdictions. For a list of jurisdictions that administer the UBE, please see the map at the bottom of this page.

The UBE is administered over two days, with the MBE given on the last Wednesday of February and July and the MEE and MPT given on the Tuesday prior to that. Jurisdictions that use the UBE may also require applicants to complete a jurisdiction-specific law component.

According to the NCBE, “[t]he UBE is designed to test knowledge and skills that every lawyer should be able to demonstrate prior to becoming licensed to practice law. It results in a portable score that can be used to apply for admission in other UBE jurisdictions.”

Study Resources for the UBE

There are multiple resources that provide sample questions and answers for the UBE:

If you’re looking to purchase additional resources yourself: 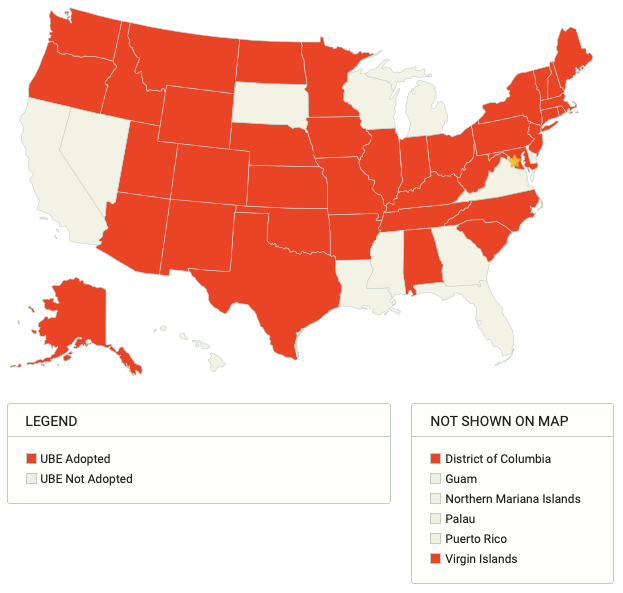